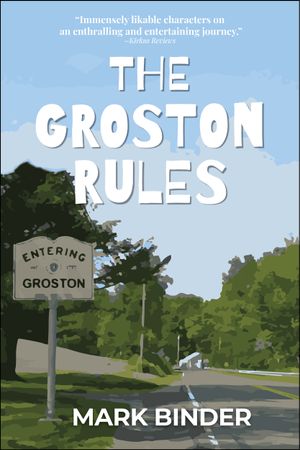 What happens when they shut down your school?

Isaac, Adam, Helen, Charlie, Sean, Jésus and Rover had planned on coasting through their final semester at Ashby Bryson High. They called themselves Team Bomb Shelter, and their plan was simple, get stoned, play video games, get into college, and get the hell out of Groston.

Instead, they get caught up in chaos.

The last straw is when Ashby Bryson High School is suddenly shut down, and they’re bussed to Fectville Regional, which sucks.

But every time Team Bomb Shelter gets knocked down, they get up again, come together, and solve their problems. They throw the rules out the window and make up their own.

THE GROSTON RULES is like a humorous buddy war movie, with high school as the battlefield. Everyone in Team Bomb Shelter has their own challenges, but by working together, they overcome and ultimately triumph.

Advance Praise for THE GROSTON RULES:

“A group of high schoolers deals with mishaps and disasters six months before graduation in this coming-of-age novel.... Immensely likable characters on an enthralling and entertaining journey.”
– Kirkus Reviews